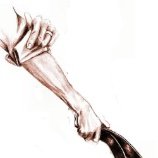 By nicoleS39,
October 25 in Reflection Circle