Wife spanking should be more common?

I am a female EE and I STRONGLY disagree that it ought to be the 'norm.' There is no norm. Every couple is in a unique relationship that works for them.

Any question that includes the would "should" and then is applied to an entire gender-specific dynamic is likely to get a big fat "No" from me. Usually it comes from someone wishing their own set of d 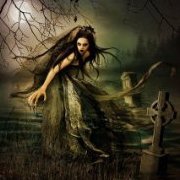 Strongly disagree. I think it comes from a very patriarchal worldview to say that it should be the norm and gender specific. If they applied it both ways, I could maybe get behind that but as soon as