Asking for a longer spanking 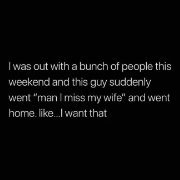 I disagree. Especially in a DD dynamic, the goal of spankings and other punishments is to improve behavior. And from the forums and blogs I’ve been reading, it does work. I will never claim that DD is

This hasn't happened to me, but it's a good question. When I was just opening my doors to spanking outside guys, a very experienced FLR couple gave me a lot of good advice, and one of the things they

You did say it didn’t work to make anyone repentant or sorry. Your words. You said in another thread that you made your pro disciplinarian reenact a video she made you watch so you could show her