By Spankingmyhuby,
April 10 in Relationships 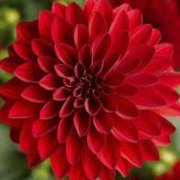 That... is disturbing. It doesn't sound like the interaction was entirely consensual. Even if they were in a consensual D/D dynamic, the husband clearly WASN'T consenting to broadcasting it in public.

Guess mine must be the unicorn he actually does a good job at it.  Of course knowing he will be having an appointment if he doesn’t might help as well.

I understand now where you are coming from. Myself and my husband had a agreement  before we were married  that I would decide when he is spanked. So I know most of the time he does not want a spankin