My Story from the first spanking 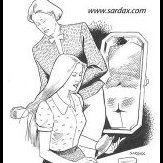 By spankedmominrl,
September 25, 2020 in Writing Desk